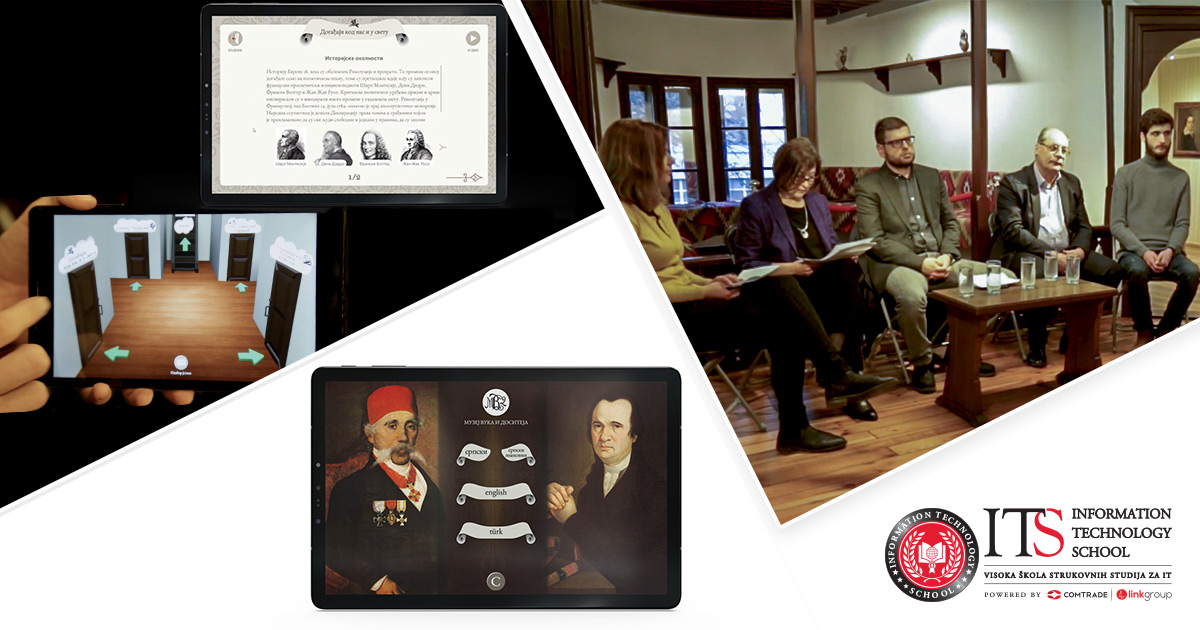 Students from the ITS Project Center who created a virtual guide for the Museum of Vuk and Dositej showed how we can use information technology to preserve the national heritage and bring it closer to new generations. This audio and video guide enables visitors to become acquainted with the permanent exhibition through stories about the life and works of Vuk Stefanović Karadžić and Dositej Obradović.

The journey from idea to implementation

The idea for this project came from the museum and ITS gladly accepted the challenge.

“People from the museum contacted us in order to create something interesting and innovative. Through conversations with them, we concluded that a virtual guide would be of great importance for the museum”, said ITS director, Bojan Ristić, who was delighted for the chance to give young colleagues an opportunity to showcase their creativity and participate in important projects.

“This project opens many doors for our young colleagues and gives them the chance to express themselves. We have already contacted other institutions with a view to carry out similar projects”, says ITS director Bojan Ristić.

The ITS Project Center, led by coordinator Miloš Dobrota, was in charge of developing the app. Jovana Janošević took care of the design, while the programming aspect was overseen by Đorđe Đorđević, Adam Konstantinović and Stefan Cekić. The app was developed for the Android platform in the Java programming language. Miloš says that his team wanted to include as many materials as possible in the app – texts, images, as well as audio and video content. The app development process was yet another challenge for these IT experts who showed that teamwork makes any idea possible.

The app enables users to choose a language (Serbian, English, Turkish, and the Serbian sign language for those suffering from visual and hearing impairment), and the virtual guide provides an insight into the museum’s interior. ITS also donated tablets to the museum, making the app available to all visitors.

The ITS Project Center was created with a view to enable students to develop skills by working on real projects. They have the opportunity to communicate with clients and design solutions, thus getting insight into what awaits them in their future jobs. This learning method has proved to be highly efficient, as it provides students with applicable knowledge gained through practice. The project carried out by ITS and the Museum of Vuk and Dositej is just one in a series of our students’ successful undertakings, and our team of students continues to work with engineers and professors on new ideas.